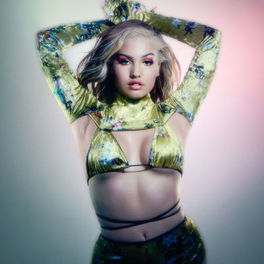 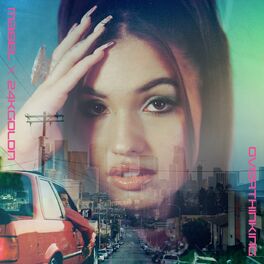 My Lover (The Remixes)

Don't Call Me Up (Acoustic)

Don't Call Me Up (Remixes)

Mabel Alabama Pearl McVey (born on February 19, 1996) is a pop-minded contemporary R&B singer-songwriter who was born in Spain, grew up in Sweden and moved to London when she was 18. Her mother is Swedish vocalist Neneh Cherry and her father, Cameron McVey, is a record producer who works with acts such as Massive Attack, Portishead and All Saints. In 2017, she released singles "Know Me Better" and "Finders Keepers" featuring Kojo Funds, which hit Number 8 on the UK Singles Chart.

In 2018, "Fine Line" featuring Not3s, went to Number 11 on the UK Singles Chart. "Cigarette" (2018) with Raye and Stefflon Don reached Number 41, "Ring Ring" with Jax Jones and Rich the Kid peaked at Number 12 and went to Number 33 on Billboard's Hot Dance/Electronic Songs Chart and "One Shot" went to Number 44 on the UK Singles Chart. Her 2019 single "Don't Call Me Up" peaked at Number 3 on the UK Singles Chart and Number 27 on Billboard's Mainstream Top 40 and that same year saw the release of her debut album High Expectations, on which she worked with various producers and scribes, including Tre Jean-Marie, Steve Mac and MNEK. The LP went to Number 3 on the UK Albums Chart, Number 5 on the Irish Albums Chart and spawned a hat-trick of Top 10 singles including "Don't Call Me Up," "Mad Love" and "Boyfriend." It was followed by a stripped-back edition in 2020 called High Expectations...Stripped. 2020 also saw the release of three EPs – Love Lockdown, Mabel & Chill and Let's Move. 2021 marked a new direction for Mabel with the '90s house-inspired dance-pop single "Let Them Know," which was written by Mabel along with Raye, MNEK, and its producer SG Lewis.