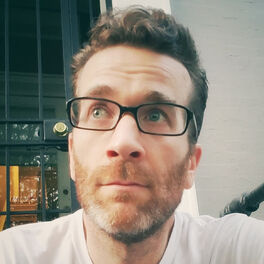 The Boys of Summer

Houses on the Hill

August of 1972 was a remarkable month in popular music history. Neil Diamond recorded his career-defining double live album, Hot August Night, before a sold-out crowd at L.A.’s Greek Theatre, Gilbert O’Sullivan’s "Alone Again (Naturally)" rocketed to the top of the Billboard Hot 100, and in a small working-class town in Central New York State, a giant of diving was born. Giants of Diving is the studio recording project of Washington, DC songwriter Craig Patrick. Influenced by the melodic poetry of R.E.M. and Crowded House, the social awareness of Bruce Springsteen and Steve Earle, and the big-guitar punch of The Cars and Cheap Trick, Giants of Diving is guitar-driven, synth-tinged, multi-hyphenated, indie-pop/rock. The Giants of Diving EP, released in 2016, drew considerable blogospheric praise for “classic songwriting skill that brings to mind the likes of Brendan Benson or Dawes” (spectralnights.com). Music for the Soul described the first single, "Separation Song," as “sumptuous and emotional power pop with sonorous synths and flawless vocals.” The first full-length Giants of Diving album, Leave Room For Magic, was released in December 2019. The album’s first single, "C Minor Requiem," was featured on a June 2019 episode of the Hometown Sounds new music podcast. A new single followed in September 2020. Featuring an old family photo of the artist, "Lucky, Like Me" is an introspective three minute lesson in the power of letting go. “My favorite pop songs, in the lyrics, melody, or somewhere – they contain an element of surprise. My hope is that one or two aspects of this song will catch you off guard – in a good way,” says Patrick.