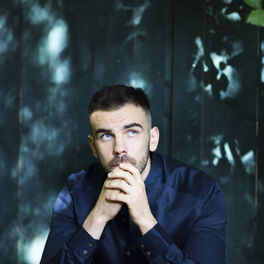 The Art of Losing You

Crawford Mack is continuing to release a host of new music following last year's debut album 'Bread & Circuses'. After moving from Glasgow to London to study at The Guildhall School. Crawford played with a variety of musicians on various projects, crossing genres from his original jazz background through rock to electronic and classical music; experiences finally distilled into a settled line-up of players. 2021 opened with 'Skye', before 'The Art of Losing You' - marks the beginning of a new phase of work for Mack, inspired by Chamber Pop & Freak Folk artists such as Father John Misty, Benjamin Clementine and Gabriel Kahane. His upcoming single 'Hope Street' finds the London based Glaswegian exile imagine the journey back to Scotland having made something of himself in a gentle and tender three minute pop song, inspired by the Glasgow street of the same name that runs alongside Central Station, ‘Hope Street’ joins the pantheon of songs from artistic wanderers, driven by their impulse and determined not to return to their roots until they have achieved the ambitions that set them on the road. Mack has supported artists such as Tom Walker, Damien Dempsey and The Paper Kites, and played gigs at King Tut's Wah Wah Hut, Islington Assembly Hall, SWG3, O2 Academy Liverpool and The Bedford. Further afield, he's played Fête de la Musique festival in Hanover, Sofar gigs in NYC & Philadelphia, and toured Mexico.    2020 delivered the vulnerable, yet defiant rock anthem of ‘Firing Squad’, the prog inflections of ‘The Story Is No Longer Available’ and the beguiling, string-led ‘Depends On Where You Stand’, whilst moving from confessional to global destruction via literary inspired considerations of individual and collective abuses of power in his lyrics. The complexity of Mack’s work continues to find friends and supporters in areas as diverse as BBC 6 Music, The Scotsman, Sofar Sounds, God Is In The TV, XS Noize and The Sun.