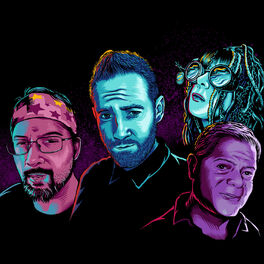 About Us Musicians. Podcasters. DIYers extraordinaire. Established in 2006, JJAHBG are renowned as the world's greatest bedroom performers. From their roots as an acoustic blues duo, JJAHBG have grown to encompass over a decade of music and numerous other outside endeavors. Through it all, they continue to stick by their core values: creativity, independence, and self expression. From Humble Origins JJAHBG began life on a quiet summer afternoon in Southern California. Founding fathers Danger and Jesse were killing time before a backyard party with the aid of a tent, a plastic harmonica set, and copious amounts of rum and coke, when they were inspired to write a blues song. They penned JJAHBG’s first hit and cult classic “The Brett’s House Blues,” which they performed to much critical acclaim later that very day. Flushed with success and alcohol, Danger and Jesse decided to “get the band back together,” and JJAHBG was born. Blessed with neither musical knowledge, experience, nor instruments, things started slowly for the fledgling band. JJAHBG’s initial recordings were made using a simple computer microphone from the comfort of home. As they met and jammed with fellow musicians, the duo’s arsenal of knowledge and equipment deepened. Eventually joined by singer/songwriter/diety The Firegod and underground DJ/artist/creative firecracker Slate, by 2010 JJAHBG's roster and sound had rounded into the form we see today. An Innovative Sound JJAHBG's sound is difficult to define. At times raucous and rambunctious, and other times more poignant and introspective, the only rule to songwriting JJAHBG follow is to be true to their own creative impulses. Their influences range from classic rock, to theater, to progressive house, to hip hop; from the avant-garde to the latest top 40 hit and everything in between. This is readily apparent in their music, as JJAHBG will hop from genre to genre at will, often fusing innovative combinations of instrumentation and songwriting to create something new altogether. The Journey Continues Since beginning their musical journey, JJAHBG have crafted eleven full length albums while working with many talented musicians over the years. Their music can be found on all major download and streaming platforms. JJAHBG’s latest album Submersion was released in June of 2020. In 2009 The Firegod launched his own critically lauded solo career. He has released several full length albums, E.P.s, and singles on his own, and most recently worked with promising new artist Ibelin on a brand new E.P. Ibelin & The Firegod released in January 2021. Danger marked 2018 with the home purchase that would sow the seeds for the eventual launch of his Youtube channel Made By Danger. His chronicles of home remodeling on social media led to him being contacted by Home Depot and the birth of his streaming career. In 2020, JJAHBG embarked on new endeavor: podcasting. Listen to Making Music with JJAHBG anywhere fine podcasts are found, as the crew discusses music, life, and everything in between.