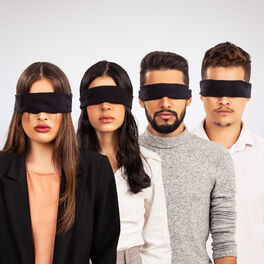 Ministério F4CES is a mixed quartet of contemporary Christian music from Brazil, currently formed by: Adriele Santana, Agatha Melo, Renan Santos and Wallison Adriel. The quartet stands out for its mixed vocal harmony and its original songs, that reflect the journey of the youth within the Christian community. In 2011 they released their first self-titled album, with Tawane Costa as songwriter and member of the quartet. In 2013 they released the single "Deus Emanuel", reaching several radio stations in Brazil and expanding the national audience. In 2015, they started their second and current formation, with Ágatha Melo as contralto and also songwriter. In 2016, they signed a contract with the Gravadora Novo Tempo, releasing in 2017 the album "Novo Amanhã", with the song "Desperta" being the lead song. The quartet also participated in two editions of the project "Adoradores Novo Tempo" and the first edition of the "Live Novo Tempo", gaining prominence with the song “Ele Me Amparou” featuring Daniel Lüdtke and “Voltar Atrás”. In 2018 they started producing the EP "Ver Além", a visual mini album with 4 tracks. You can listen "Ver Além" available on Deezer now! Follow the Ministério F4CES on Youtube for more original content! Info and schedule: www.ministeriof4ces.com