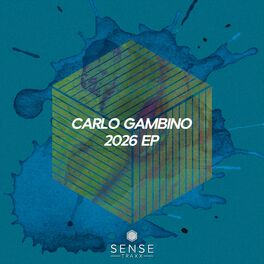 Makes You Want Me

Label Owner of Midnight Social Recordings (UK) & Amongst Others (UK) plus One half of ‘Low Tone’ with Al Bradley. Carlo Gambino should need no introduction to this industry we all love, he has been DJ’ing since the 90’s and has played at many of worlds best loved club nights including ‘Back to Basics’ (Leeds), ‘Sankeys’ (Manchester), ‘Trafik’ (London), ‘Space’ (Ibiza), ‘Culture Box’ (Copenhagen), ‘Pix Club’ (Switzerland), ‘Decadence’ (Paris), ‘Verboten’ (NYC), ‘Sash’ (Sydney). Collecting Vinyl from the age of 11, Carlo was 16 when his love of all things ‘House’ began. It became very clear from an early age that music would play a major role in Carlo's life; for over 35 years his father has worked in the music industry, touring with artists such as Michael Jackson, Prince, Take That and Rod Stewart, so it came as no surprise that he was destined to follow a similar path. Carlo's dj career spans well over 2 decades with his production career now well into double figures gaining countless support from all the A-listers including Jamie Jones, Moodymanc, Justin Harris, PBR Streetgang, Adam Shelton to name but a few. Carlo’s first major signing was for Al Bradley’s 3am Recordings, since then Carlo has gone onto release several more tracks for 3am including the labels 50th anniversary release. Several strong releases have followed since the start of 2010, which have led to a rapid increase in demand for Carlo's original and remix work globally. With releases on heavyweights such as Made With Love, Whoyostro, Oh So Coy, Bullet:dodge, Click Therapy, Dilate, Something Else, Apollo Music, Proper Slap, Tokyo Red, Euphoria, Still Play Records and Jamie Jones’s ‘Hot Waves'. In 2011 Carlo launched his very own label, 'Midnight Social Recordings'. The label has gone from strength to strength, gaining recognition in all the right places. The label is now pushing forward this year with another string of quality releases including some more vinyl releases, which will take the label up past the mammoth 50th mark. In 2018 Carlo also launched his second label, ‘Amongst Others’, taking on the more minimal tech side of house. Artists including Lee Guthrie, Lau Frank, Rob Pearson and MYR have already released on the label with plenty more to come this year and beyond.