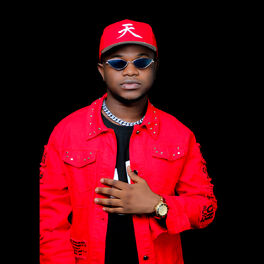 Ramadhani Ciza (born 1 april 1991), professionally known by his stage name DJ PRO, is one of the most successful Burundian recording artist, singer, songwriter. Dj Pro was born and bred in Bujumbura city. Dj Pro is also the CEO of Tp Entertainment , a Music management label and Platform show media online. Dj Pro started doing the local Hip Hop in the group mapozinke in Kanyosha neighbourhood in Bujumbura city before launching his solo career in 2009. He made his big break in 2010 with the single Katoto and since then he has consistently delivered hit after hit to become one of the biggest Burundian stars in Hip Hop. Some of his popular songs include maisha na muziki, suger mamy, ikosa , kabebe. He has been nominated in continental Awards, as collaborated with different artistes in the region including , Big Fizzo, Mb Data, Mr Champagne , vein among others. He has previously toured south africa and tanzania in 2013 .