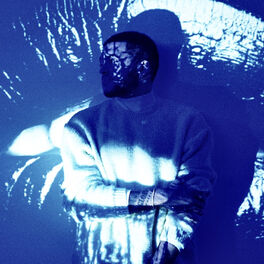 High and Out of Reach

Say What You Will

This Thing of Ours

Fire to the World

Ride Through the City

Javantae Cureton (Born 1996), known professionally as Von Prospa is an American rapper, singer, songwriter and record producer. By the time he was 13, Von was already sculpting his rapping and song-writing abilities. He gained acknowledgement as an artist after the release of his 2017 mixtape, Don't Leave, I'll Be Back. Shortly after that release, he spent a short time in Atlanta where he became inspired to start producing records. This led to Von fully producing his 2019 release, Say What You Will, which was the first release under his own label, High Roads Only. The release of Say What You Will gained him a significant amount of regional buzz. Around this time, he fell in with the underground scene, performing locally and even organizing events for him and other local artists to perform at. In 2020, Von released his project, Hear Me Out, which grew his buzz and caught the attention of multiple publications and outlets. With a few releases under his belt so far, Vons skill and style