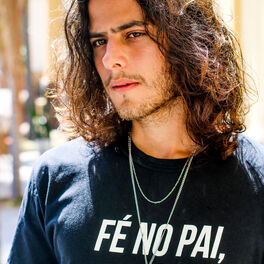 Nader is a composer and producer from Rio de Janeiro, born in 95. Since he was little he was fed music by his father, who showed Rock, Disco and Soul. In this way, the musical references gradually built until, in the 2000s , Rap reached his ear and changed his way of seeing the world a lot. After his first official single "Nós Dois" the artist went through a period of maturation that culminated in his first album "Jejum". After the CD, the artist preferred to release singles, and has been releasing almost weekly in 2021, thus reaching more than 100,000 Streams. Today he is part of the Onira Mob collective and works on their next releases.