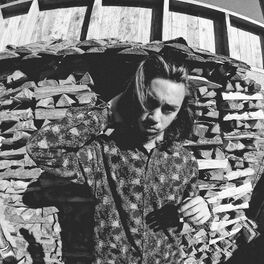 Oscar Oyarce, born in Pucón, Chile, his musical curiosity has led him to learn in a self-taught way making use of all the resources around him, his melancholic tones marked by the Puconina identity make his tracks a journey into the depths of nature. The tracks created today by Oscar are marked by melancholy and the nature of his place of birth, full of identity and translucent as the waters that accompany Pucón. Oscar's musical genre today is lo-fi, jazzy hip-hop, jazz, bosa nova, chillhop, and a few genres of electronic music. Always trying to create atmospheres, such as the creaking of vinyl, the rain, the sounds of nature and the city. The song he debuted with was "Jazz Vibes" from Chilhop Tape EP, released in 2018. In 2019 he released "Tuyo" to streaming platforms, a more electronic single with an ethnic and natural touch. This 2020 he has worked on his 20-song album "Quarantine Beats" in which they collaborated with 4 artists who are emerging but with great talent and future ahead. Oscar is currently in his third year of career as a sound engineer where in the future he plans to collaborate with more artists and continue learning to reach more people, where they can relax, study, have a glass of wine in the afternoon, or maybe the listener can rap with their friends. One of his dreams is for his music to play in common spaces such as restaurants, shops, streets, airports, etc.