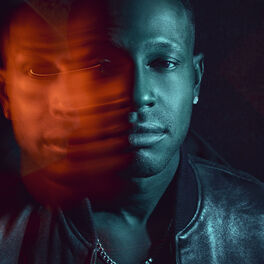 FU2 (feat. AJ Channer of Fire From The Gods)

لـ Hyro The Hero, Fire From the Gods

Fire From the Gods

The Life I Chose

Fuck Up My High (feat. Hyro The Hero) (Remix)

A Hope In Hell

The game always eventually catches up to the true trailblazers… As hard rock and hip-hop co-mingle more than ever before, the time feels right for Hyro The Hero. In addition to acclaim from Kerrang!, The BBC, Revolver and Afropunk, Alternative Press retrospectively praised Hyro among, “19 Underrated Bands From The 2010s Who Deserve Another Listen” and claimed, “You know that band who other groups flock to so they can watch from the side of the stage? That’s Hyro.” After nonstop touring in support of his last album, Hyro dove right into the studio with producer Matt Good [Asking Alexandria, Hollywood Undead, From First To Last]. Under a flurry of inspiration, they recorded an entire album over the course of just two weeks. In the process, he expanded his sound dramatically. “You can see and hear the growth in this album,” he says. “I had to go through everything that brought me to this point. I’ve really learned how to focus storylines and approach records structurally and lyrically. All of my experience built up respect to work with some of my heroes on the new material.” He joined forces with the legendary David Draiman on the first single “We Believe.” Over a turbulent riff, he decries “internet activists” with a venomous flow before launching a caustic and catchy call-and-response with Draiman on the hook. Chillingly, it culminates on a scream of, “I can’t breathe.” “It’s actually about hope,” he states. “We all have decisions to make. Everybody pulls you one way or the other. You have to pick the lesser of two evils in all situations. Personally, I’m trying to find a way. I can’t believe I’m rapping on a song with David, but I really can’t believe I’m singing a song with him. It’s a special moment, because I tried something new with my voice.” On 12/11 Hyro’s next single (“Fight”) will feature Chad Gray of HELLYEAH. He grins, “I want to have my name in this game for a lifetime.” With this new music, he’s well on his way to such status.