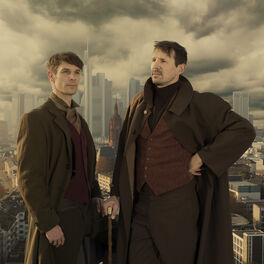 From The Archives: Scales & Rivers

Concert inspired club music! On stage, two instruments face one another: the grand piano and the drums, plus other percussion instruments and samplers. The primeval soup, however, is cooked on the piano and the drums. Coming from Techno music, the musicians have gone the way of playing the ‘wildest’ electronic music on their analogue instruments. Playfully they start their communications, which soon transforms into communion. Communion with each other as well as with the audience, who often aren’t able to stay seated, because the music addresses the heart as much as the head: The music of The OhOhOhs can be understood without contextualisation. Their dynamic grips the listeners with its forward-driving melodies and rhythms, with crescendi, with breaks that let a theme disappear into the whispering piano or even completely, in order to rebuild it anew. It is a process of constantly re-forming, of going on a search, of surprising enchantment. The OhOhOhs dare to attempt to let the concert hall mutate into a club and the club into a concert hall. They interpret dance music into concert style music and vice versa. The shamanistic magic of repetitive beats comes into effect as much as the intimate lyrical play of the grand piano. The old masters are only used for inspiration, for The OhOhOhs mainly draw from their own repertoire of compositions.