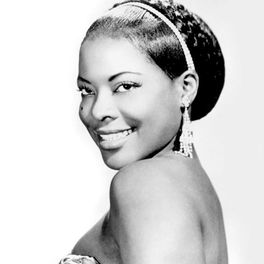 Soul On Fire: The Best Of LaVern Baker

Music Was My First Love

Romance in the Dark

In Black and White

Roots of Rhythm and Blues

Birth of the Soul (From Ray Charles to Aretha Franklin, Discover the Roots of Soul Music)

Oldies But Goodies: The R. & B. (All Tracks Remastered)

I Waited Too Long

Going Back to New Orleans

A Walk In The Black Forest

I Waited Too Long

Sealed With a Kiss (Sixties Secrets)

A sassy, big-voiced soul star who was part of the early rock and roll explosion in the 1950s, LaVern Baker was a pioneer for black female singers and a charismatic performer from the golden age of R&B music. A relative of blues legend Memphis Minnie, she grew up singing in her local church choir in Chicago and by the age of 17 was singing in South Side nightclubs under the name Little Miss Sharecropper, making her first recordings for Columbia in the late 1940s. She also performed with the Eddie 'Sugarman' Penigar Orchestra and briefly went by the name Bea Baker before really catching her break with the Todd Rhodes Orchestra and touring Europe for the first time as a solo artist in 1952.

Her first big hit came two years later when the cheeky, novelty track 'Tweedle Dee' reached number 14 in the US Charts and following singles 'Bop-Ting-a-Ling' and 'Play It Fair' were popular R&B favourites of the time. She again made the US top 20 with single 'Jim Dandy' in 1956, but scored her biggest success in 1958 when 'I Cried a Tear' reached number six and became one of her signature songs. She also featured in the Alan Freed film 'Rock, Rock, Rock' and toured with Bill Haley and the Comets, before releasing albums 'Saved' and 'See See Rider' in the 1960s and recording raunchy duets with Ben E. King, Jackie Wilson and Jimmy Ricks. Her career petered out though and she spent over 20 years in the Philippines as the entertainment director at a US naval base until returning to performing in the US in the '80s. Her achievements and huge influence was marked when she was inducted into the Rock & Roll Hall of Fame in 1991 before she died aged 67 from heart failure in 1997.