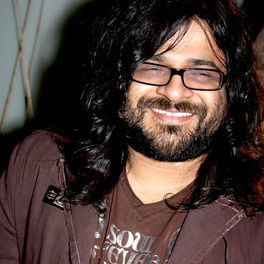 Pritam Chakraborty had a modest start to his musical career having initially started out as a jingle writer and composer for the advertising industry. His breakthrough from a career of relative obscurity came when the renowned Bollywood film director Sanjay Gadvi commissioned Chakraborty and his friend and fellow composer Jeet to write the score for his forthcoming Hindi film 'Tere Liye'. The film was a box office flop but the music was critically well received. Undeterred, the Jeet/Chakraborty partnership continued and they wrote the score for Gadvi's follow-up film which subsequently enjoyed much wider success, spawning a number of chart-busting hits lifted from the soundtrack.

After the success of the movie Jeet and Chakraborty pursued separate musical careers and Chakraborty concentrated on developing a style which combined Western and Indian classical influences. He has since gone on to become one of Bollywood's most widely respected composers of the past two decades and has been the recipient of numerous awards and accolades from the Asian film and TV industry.