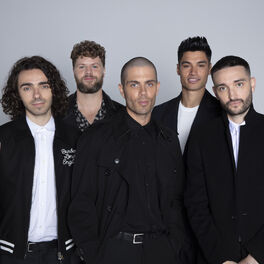 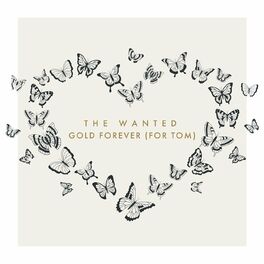 Most Wanted: The Greatest Hits

Most Wanted: The Greatest Hits (Deluxe)

Chasing The Sun (The Remixes)

I Found You (The Remixes)

I Found You EP

All We Have Is Now

Formed in 2009 after nine months of auditions, The Wanted is a British boy band comprised of vocalists Siva Kaneswaran, Max George, Jay McGuiness, Tom Parker, and Nathan Sykes. Initially brought together as the male equivalent to hit-making girl group The Saturdays, the group signed a contract with Universal Music the same year. In 2010, The Wanted released their debut single, “All Time Lowe,” which hit the Number 1 spot in the UK, which was followed by “Heart Vacancy,” a Number 2 chartbuster. Their self-titled debut album was released in 2010 and contained two subsequent hits: “Lose My Mind” (Number 19) and “Gold Forever” (Number 3). The Number 4 charting album was followed a year later by the album Battleground (2011), which contained the Number 1 single “Glad You Came” and “Lightning,” which reached Number 2. In 2012, the group attempted to break the US market by releasing The Wanted EP and the single “Glad You Came.” The single rose to Number 3 and brought the group to prominence in the States. The group then starred in their own reality TV series, The Wanted Life, in 2013 and released the album Word of Mouth and the hit singles “I Found You” (Number 3) and “Walks Like Rihanna” (Number 4). The group members choose to take a hiatus in 2014 and pursue solo projects. The five members quietly came together again in 2020 and secretly planned a reunion which would include recording new music and a tour. Group member Tom Parker was diagnosed with an inoperable brain tumor in October 2020 but chose to continue with his bandmates. The group announced their reunion in late 2021 and released the compilation Most Wanted: The Greatest Hits, which featured the new track “Rule the World.” The group went on a 12-date tour although Parker was very ill. Tom Parker died on March 30, 2022, shortly after the conclusion of the tour.