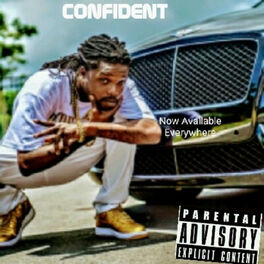 The Not so Close Hits

لـ Joe Get It, Bolo

They Lost There Minds (feat. Bolo)

I Gat the Paper (Extended Version)

Recalling the Hip Hop/ Rap sound of the ‘80s and ‘90s, singer, rapper, and reggae artist Bolo (born Andre Lewis) from St. Thomas, Jamaica. After releasing his first four singles Green, Money Time, What Do You See, and Like I Do that were minor hits. These cautionary tale would land on his 2018 album Confident which featured his wife and son J Baby and Wooler. At the age of 5 his passion for music begins. By the time he was 13 of age he moved to the United States to live with his father. This is where everything changed for him.Being an reggae artist he waste no time to adapt to different genre of music such as Hip Hop, Rap, R&B, Rock, etc. What makes this artist so versatile tire is the vibrant energetic feel you get from his music. Most ML(music lovers) would say is music demonstrates the facts from believes in fiction from nonfiction, fake from real, and unnatural from natural. You can find related track's on his album Confident. Great ones like How Much Can A Man Take, Breaching Love, Before You Take Me Away, Poor Life, God Watching, Hard Life and more. At this point of his music career he has finished his second project first reggae album The Philosophy which is set to be released in mid-January 2019. Bolo is now currently working on his second hip hop rap album Confident 2. Follow him as he continues the journey to master the different genre in music. HOMETOWN Miami Florida GENRE Hip Hop, Rap, Reggae, R&B BORN 1987