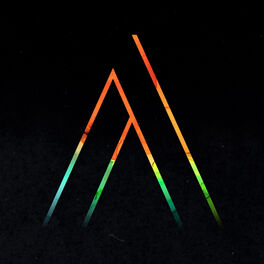 Earth, It Can Be so Sweet: A Tribute to Henning Ohlenbusch

Earth, It Can Be so Sweet: A Tribute to Henning Ohlenbusch

Arrivals is an alternative rock band from Quebec to Canada. Formed in 2020 with the intention of recording a debut album in the coming months, Arrivals took to the writing task up and quickly produced their first songs. Inspired by British progressive groups from the seventies such as Pink Floyd or Genesis, artists from the new wave period such as The Police, U2, Simple Minds or groups from successive waves such as Oasis, Coldplay, Muse and The Verve, the first compositions demonstrated the band's ability to forge its own alternative rock sound. The band members are experimented musicians who all share the same passion for melodic, powerful, and inspired rock songs, for complex rhythms, frequent key changes and progressive arrangements. The members are bassist and lyricist Ian Chouinard, keyboardist and singer Gaëtan Bouchard, guest guitarists Pierre Grimm and Normand Lamy, and drummer Louis-José Desfossés. Among the first compositions are Should have know, Arrival part 1, Read the fine print and Find the key. Motivated by their early songs, the band got back to work to complete their debut EP called Landing. Ready for several weeks, Landing was made public in April 2021 with the first single, Read the fine print. The first album was made available on all streaming platforms right away. Departure Arrivals saw his inspirations redouble and the real goal of releasing a full debut album was set. The songs Arrival part 2, Winds of November and See the light were the spark plug of the project. It took 4 months of remote collaborative work during the Covid pandemic to produce this truly diverse album, with many colors and atmospheres. Departure launched on May 18, just a few weeks after Landing was released. We hope that you will discover the band through Landing and Departure and that you will want to share our music with your audience.