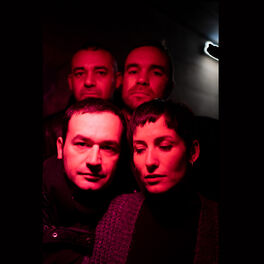 Venus on the G String

You Don't Wanna Be Loved

Leda are Enrico Vitali, Serena Abrami, Fabrizio Baioni and Giorgio Baioni, who have been active for years in their respective projects in the Italian underground scene. Their aesthetics have overdrive, wave, trip rock and alternative rock in their DNA, in the emotional contrast between the velvet of the vocal timbre and the abrasiveness of the sounds. To their credit they have a record, Memories from the Future, released in 2019 by Il Piccio Records. In the spring of 2022, the release of the new single is expected, which anticipates the second album.