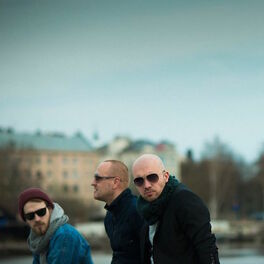 Laika Suns is a Latvian indie rock four-piece, the latest incarnation of a scene's veteran Arnis Račinskis, who previously led the Latvian indie hit machine Mofo. The rest of the bunch share their duties in the well-known The Sound Poets and Momend. Being aware that mentioning Radiohead as an influence instantly turns any serious interest down, Laika Suns have not even heard of them. But anything from the 90's space rock like the early The Verve records to hip hop beats with some Led Zeppelin attitude and you have a unique blend of memorable hooks and make-your-head-rock grooves moving in vast atmospheres.