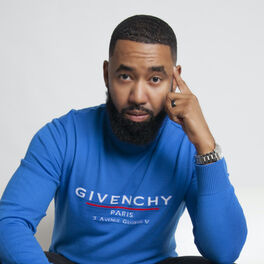 Stand by Me (Radio Edit)

Only You (Urban Mix)

Only You (Smooth Jazz Vocal Mix)

It Will Happen for Me (Harmony Bridge)

The Savior Has Come

Bryan Andrew Wilson, is cruising into 2021 with an aggressive new urban aura on his new radio single, “The Ride.” The mid-up-tempo groove - with a subtle trap loop – was produced by Awaz Beatz and The Exclusives who have collaborated with musical superstars such as DJ Khaled, August Alsina and Avicii. In spite of the urban-edge, “The Ride” is still about the gospel. The message is about surrendering the "steering wheel” of one's destiny to God and allowing the Almighty to drive us through the traffic jams of life. Although, he’s only in his 30s; Wilson has already clocked two decades in the music business. The Danville, IL native burst onto the gospel scene in 1994 as the 10-year-old soloist of the Mississippi Children’s Choir’s signature song, “His Eye Is on the Sparrow.” with the Mississippi Children’s Choir for Malaco Records. The performance showcased mazing vocal technique, phrasing and ear-piercing high notes – especially for a child. Aside from selling over 100K units, the song has earned over 10 million digital streams. The success led to a recording contract with Malaco Records where Wilson recorded two Dove and Stellar Award nominated albums with production contributions from legends such as Kirk Franklin, John P. Kee, and Bishop Walter Hawkins. After high school, Wilson took a break from recording and earned a B.A. in theology from Claflin University in Columbia, SC and then worked on his Master of Divinity at Princeton University Theological Seminary. In 2008, he released “A Second Coming,” the first album where he wrote or co-wrote all of the songs. It was also the first on his own recording label, Bryan’s Songs Records. Wilson has honed a unique style of contemporary gospel that has earned him accolades as a Spiritual Soul singer, combing elements of R&B and Roots music into his faith-based repertoire. The winning combination has earned him a half dozen Billboard Magazine chart hits since 2014 such as “Turning Away,” “This Time” and the No. 1 hit, “Overflow.” Wilson and his wife actress/motivational speaker, Tiffany Morriar Wilson, co-pastor the Freedom of Atlanta church in Georgia.