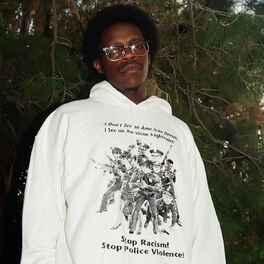 Roy Rutto has to be one of hip-hop’s more varied talents, with a unique flow, delivery and unmatched energy, Rutto is emerging as a leader going into the new decade. Rutto takes his experiences moving over to the US at an early age, and puts them on wax. Rapping over a myriad of sounds, from glitched out hip-hop, to trap infused heaters, there’s a bit of something for everyone when you throw on a project from Roy Rutto. With Rutto’s tenure just beginning the Kenyan native, he’s already gaining acclaim through streaming, Press and his invigorating live performance, Rutto is ready to show the world what he’s made of.