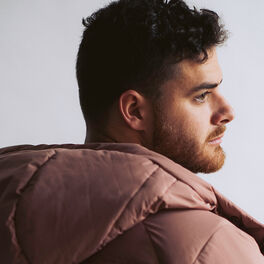 More Than A Stranger - Remixes

Better With You (Remixes)

Hailing from Los Angeles, visionary producer and DJ Justin Caruso has quickly cemented a global fan-based with his unique blend of emotionally-rich melodies and future-pop sound. Amassing over 50 million streams across all platforms to date, the young producer has garnered huge success from singles ‘Better With You’ with 3LAU (over 8 Million Spotify streams), ‘Caving’ (over 9 million SPotify streams) and a hit remix of X Ambassadors ‘Unsteady’ (over 19 million Spotify streams). Experimenting with different genres, Justin soon caught the attention of industry leaders Tiesto and 3LAU, with the latter bringing Justin along on his US tour in 2016. Attempting to balance his newfound success touring across the states and gaining global recognition in the electronic music scene, Justin made the tough decision to drop out of the University of Southern California and pursue his passion for music full-time. In the years since, Justin has solidified his status as one of the most exciting electronic artists supporting megastars like Tiesto, The Chainsmokers, Valentino Khan and NGHTMRE, Hayley Kiyoko, Lana Del Rey, Martin Garrix, Justin Bieber, and Blink 182. Justin has additionally graced the stages of major festivals including Billboard Hot 100, EDC Las Vegas, Moonrise Festival, Chasing Summer and summer performances in Las Vegas at Wet Republic and Omnia.