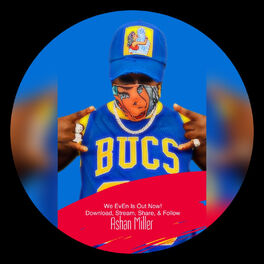 What Happened U Use 2B My Dawg

Darryl A Miller- Lassiter was born on October 05, 1987, in Philadelphia PA. He was raised in the South Philadelphia neighborhood and spent much time with his foster parents who adopted him. He didn’t know much about his biological parents at the time just a little of his biological mother (Rhonda Miller) who married his paternal father (Darryl A Miller) who has been incarcerated when he was born. His mother loved to sing it was her passion, unfortunately her journey as a singer came to an end because of her illness. She was diagnosed with a bipolar and schizophrenia disorder. During his childhood and analysis years, Darryl Miller went from home to home foster care to foster care do to physical abuse. Department Human Services finally found him a home that his mother Rhonda Miller agreed the only way she will sign her rights over completely if the parents agree to keep her two sons together Luke Miller and Darryl Miller. At the age of 4 and 5 Luke and Darryl Miller was in the care of Barbara and Colease Lassiter. At the age of 8 and 9 Luke and Darryl Miller was adopted by Barbara and Colease Lassiter. Ashan had many talents throughout his childhood years, Baseball, Basketball, Football, with Baseball being his favorite sport but because of his height he was told he would have one an a billion chance being an athlete he was discourage no father figure or a role model to up lift him to tell him he can do anything or be anything if you put your mind to it. After years of being a church member and a choir member he discovered his true talent what became a passion to him singing. His eight-grade graduation he and three other guys sing It’s So Hard to Say Goodbye by Boyz II Men with Ashan Miller singing the lead and right then and there he knew what he wanted to do, from the audience screaming and cheering on his name. Darryl Miller AKA Cliché at the time was signed at the age of 17 with B-Boy Records/Boogie Down Production by Ira Jack Allen (CEO) and James Pop Gaskins (President). His solo album at the time was in progress and majorly distributed with Traffic/Universal (The Price of a Hard Relationship) That journey ended quickly because of being mistreated by the company. Three years later Darryl Miller decided to come back to his home town and peruse his music career learning the business side before signing any deals moving forward. Ashan Miller got his stage name from his significant other sister son Ashan and his last name of course was his birth name. Ashan continued to write, record, and produce so that his craft is perfected. He took his career to social media Instagram Market showcasing his talent from the producing and writing side to work with more local artist in Philadelphia. After a long journey Ashan Miller decided that he was ready with no major marketing budget he release a single that is gradually reaching the markets titled We EvEn. In 2018, Ashan Miller has reach over 100k followers on Instagram, even as a recording artist Ashan Miller has a passion in songwriting and music producing hits for other artists as well as himself. Ashan Miller (O.H. GanG Production) my ultimate goal is to have a successful music production company to cater to all genres of music and culture. Being a artist, and performer is a passion for me but I realize with my producer ear I have the ability to cater to other music artist by giving them a hit record. Songwriting with production has always been what the people want but what separates O.H. is we don’t compete we only produce hits.