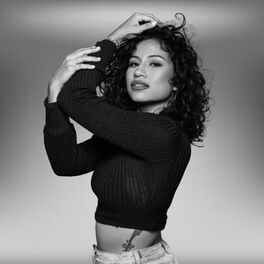 Johanna Jordan is known for her emotive voice and captivating lyrics. Her love for music is definitely a family affair, thanks to her father, a noted Colombian musician who toured across Colombia with the likes of Grupo Niche. Currently, Johanna is working on a 5-track EP, all original songs, written, composed and produced by the songstress herself. Johanna aspires to use her music as a platform to inspire others and also help bring healing to others through her own story telling. While some listeners will inevitably liken her music to popular artists like Adele, Corrine Bailey Rae and Sade, it was really the music of late Latin-pop sensation, Selena and vocal powerhouse, Whitney Houston that first inspired her to be an artist. While Johanna Jordan’s name may not yet be a household name, her talent has clearly been recognized by some of the industry’s finest. Early in her career, she was introduced to Ashaala Shanae, Celebrity Vocal Coach (Natti Natasha, Tarionna “Tank” Bell, Jonathan Nelson) who she counts as a mentor. Johanna has also had the opportunity to work with engineer Randy Merrill (Ariana Grande, Lady Gaga, Adele, Jonas Brothers) and Nicolas Essig (Lizzo, Mary J. Blige, Coldplay), who have mixed and mastered her songs on her forthcoming EP "LVLD" dropping 1.22.21.