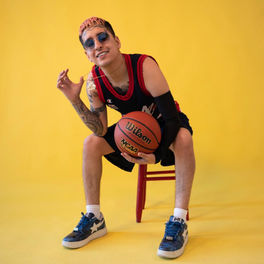 Rojas On The Beat

لـ CHXPO, Rojas On The Beat

لـ Silento, Rojas On The Beat

لـ Wavid, Rojas On The Beat

لـ BurnKas, Rojas On The Beat

لـ Rojas On The Beat, Pedroflexin

لـ Rojas On The Beat, lamont!

Rojas is a South Florida native who highly influenced the SoundCloud community at its beginning. From working with talents such as XXXTentacion and Lil Pump to diving into his Latin roots, Rojas is an influential producer in all genres. From the start, Rojas DJ’d and hosted shows in South Florida with up and coming talents such as Pouya, Maxo Kream, and Playboy Carti as early as 2015. His 2016 smash hit, “Look At Me!” with XXXTentacion put him in front of the world. In 2016 Rojas launched “Rojas Fest” a lineup with talents such as Ski Mask “The Slump God”, Playboy Carti, X, Yung Bans, and Trill Sammy before their rise to fame. Rojas continued to DJ for XXXTentacion in his “Revenge Tour” in 2017 and Lil Pump for the “No Jumper Tour” alongside Smokepurpp. In 2017, Rojas started his label Inzei Records with a partnership between TLG and Warner. This allowed his artist, Lil Pump to transition to the mainstream. Inzei Records’ debut album was Lil Pump’s self titled album, “Lil Pump.” The album debuted at number three on the billboard 200. In 2018, Rojas began to look for more talent for his Inzei venture and running inzei radio where Rojas interviewed artists from Dice Soho to Allan Kingdom and Kreayshawn . In 2019, Rojas signed Indica Wave and Isaiah to his label, Inzei Records. Since then he has been working on more Latin music, and developing South Florida talents Lil Capoo, and Zuvi.