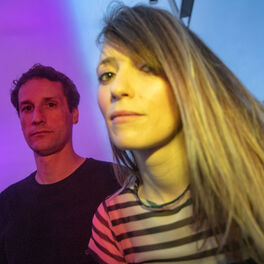 Your Game (From "Toy Boy" Series)

REYKO are a London-based electropop duo consisting of vocalist Soleil and producer Igor. The two artists started making music together as the final project for Igor's masters degree in music production at the University of West London. They have maintained their DIY approach to music ever since - writing, producing and recording everything from their home studio. Being part of the streaming generation of artists, REYKO embrace mixing different styles such us electro, minimal, indie and hip-hop while always balancing it with catchy pop hooks and melodies.   First capturing the attention in 2018 with their viral hit “Spinning Over You”, the duo continued making a name for themselves with songs like “Set You Free”, “Hierba Mala” and “Your Game”, breaking through to commercials, TV theme tunes and movie soundtracks. Eventually, the duo found out that their unreleased music was being licensed without their knowledge, which made them cut all ties with their former record label and regain control of their future music.   REYKO followed up their early success by releasing a series of singles which led to their debut album release in March 2020, to very positive reviews. An album of hypnotic electropop where Soleil's unique soft and intimate voice and melodies breeze among electronic beats, digital basses and sparse guitars produced by Igor, borrowing from genres such as electro, minimal or hip-hop. Now REYKO are back with their new single The Game. In tune with the strange times we live in, they give us a charmingly quirky dance-pop song where punchy, digital beats and Soleil's hypnotic, whispering voice drive together to lead us into a subtle yet powerful ecstasy. REYKO invite us to join them for a mind game where we will get lost, time will freeze and we'll switch off from the outside world.