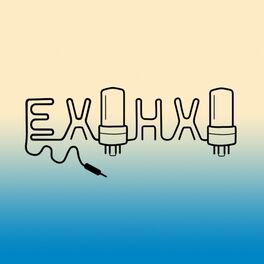 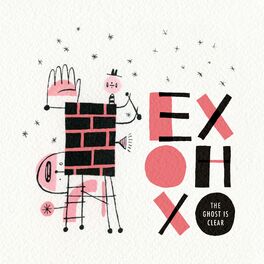 The Ghost Is Clear

Exohxo is a domesticated five-piece chamber rock band from Seattle that spent their teens in orchestras and their twenties in let’s-take-over-the-world touring bands. Now scattered across their thirties with families, jobs, and mortgages, these seemingly well-adjusted and entirely approachable adults appear unwilling to finish growing up if that means surrendering the music and the camaraderie that has always been integral to their happiness. Long after so many of their peers have hung up their instruments and traded the PA for the PTA, this band is doing the best work of their creative careers and giving voice to that thing that happens when once-starving artists begin to save for retirement. What you recognize so clearly in the music of Exohxo is that life after angst and irony doesn’t stop being interesting. On the contrary, what was once raw emotion and exposed nerves, all questions with no answers, is replaced with a sense of healthy introspection that few bands in their twenties have yet lived long enough to earn. This sense of perspective, inherent in Oleson and Samford’s mature songwriting, marries perfectly with an instrumental sound that is every bit as studied yet bombastic as the men and women behind it. Drawing deeply from the light but intricately layered legacy of the late 1950s and early 60s, Exohxo is unselfish and daring in their approach with arrangements at once instantly approachable and deceptively complex. On stage and in recordings, the group weaves cleanly between the pop, classical, country, and punk influences that expose their members’ individual musical journeys. It all adds up to something perhaps more likely to happen in Seattle than anywhere else – an alliance of the most resilient members of yesterday’s most-promising-but-never-quite-got-there indie bands, tempered by perseverance and dedicated to the idea that neither they nor their listeners are too old to celebrate a catchy lyric, a soaring melody, a mesmerizing harmony, or an undeniable groove.