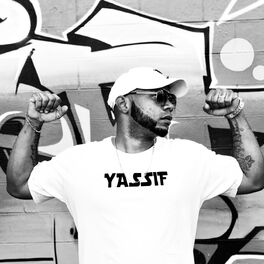 Yassif is a rapper living on Reunion Island, in Le Port more precisely. He started playing music in 2008 with a friend, and with the help of his big brother he scratched his first lyrics. In 2012, he discovered the scene by participating in neighborhood events. It is in 2019 that Yassif released his first official single entitled "Drunk", on a composition by Mubz Got Beats and which is available on all streaming platforms and on YouTube. His musical style is influenced by Rap, Hip-Hop, Reggae-Dancehall and by the traditional music of his island: Maloya. This rhythmic mix is associated with truthful and committed lyrics but also with a spirit of conscience and sometimes ambiance. Something to please the ears of many types of public. At the moment, he is in the process of preparing singles, collaborations and a future EP for the year 2021. This is thanks to his signing with the independent label "1308 Music".