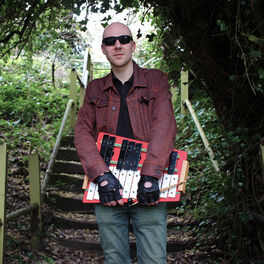 Though MOONFLEET started out as an instrumental solo project, the goal has always been to form a large ensemble post-rock band with heartfelt lyrics and powerful crescendos. With a passion for orchestral instruments and a political drive that would smash the windows of the houses of parliament, MOONFLET’s songs comprise of musical movements that aim to bring something completely different to the Leeds & Yorkshire music scenes. After a short stint as a performing band and in May of 2019, releasing their debut EP ‘Biblical - Epical -Thunderstorm’ MOONFLEET composer Jake Wilson has refocused his efforts towards the future of the project. "Drifting and fluid trip into a folkish, whispering space and sound...Sometimes eerie, other times warm." - Jumbo Records