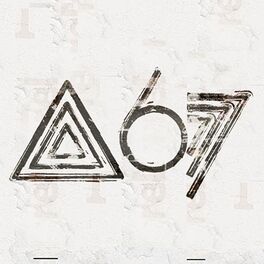 The history of the Brazilian pagode band Atitude 67 can be traced back to 2005 when six high school friends formed a band and began playing a few local venues just for the fun of it. Like many high school bands, the group went their separate ways after various members left to pursue their future careers. In the case of Atitude 67 the various members had all done rather well for themselves and their list of chosen professions included architect, oceanographer, lawyer, journalist and businessman.

The band had a reunion in 2016 which led to them playing a few gigs in Vila Madalena district where they were discovered by the Brazilian record producer Dudu Borges. Borges persuaded the band they had a serious future in music and they collectively decided to quit their respective professions and move to Sao Paulo to become professional musicians.

The gamble has paid off handsomely for the band and during their first year they had two major hits - 'Saidera' and 'Cerveja de Garrafa' - the latter being certified triple platinum and becoming one of the most played tracks on Brazilian national radio in 2017.