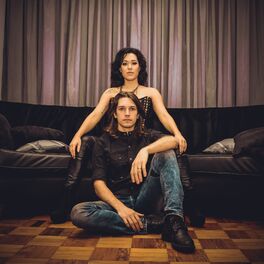 We Will Stand (Acoustic)

We Will Stand (United)

Flowerleaf was born in 2017, when Vivs and Marcelo decided to leave all their other music projects behind to work together in one single goal. The decided they didn´t want to look for other band members until they had a solid idea and enough material to bring the band to life. The producer Raphael Gazal ( Pastore , Bulletback ) helped them with arrangements, guitar and all the technical details concerning the recordings. Mariana Linhares took the challenge of the graphic design while João Hannuch took care of the photography. With the help of friends and family and this great team of pros, they were able to make it happen. In October 2018 they finally released their debut album Stronger that brings powerful songs and lyrics with a very clear message of strenght and love. The album have two special guest singers on the songs Not My Fault (with Mylena Monaco from Sinaya) and We Will Stand (with Marina La Torraca from Exit Eden and Phantom Elite) The album also counts with the previously released singles Firesoul and Girl in Pearls