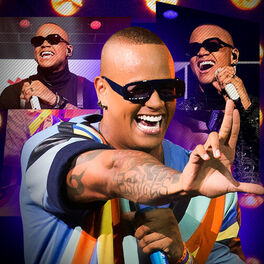 Brazilian singer Léo Santana was born Leandro Silva de Santana in the Lobato district of Salvador in 1988. He began his performing career under the name Léo Silva and initially concentrated on playing percussion for a local band called 'Simplicity Larger'. Santana decided that his musical future lay as a singer rather than a sideman and he joined an established Brazilian band called Parangolé as their frontman and vocalist. The band had a reputation as a revolving door for musicians in general and particularly for vocalists but Santana confounded expectations by staying with the band for five years. During Santana's tenure the band found themselves in the Guinness Book of Records when their hit 'Rebolation' became 'Most Played Song in the World' during that year.

In 2014 Santana decided it was time to launch his solo career and he opened his solo tour to an audience of 60,000 fans in Cajazeiras. The singer has progressed to become one of Brazil's most popular male artists and since his first tour has received widespread critical acclaim and numerous nominations for industry awards.