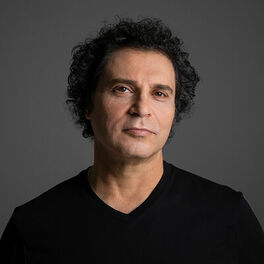 As clássicas do Rock nacional

Frejat started his musical career in 1981 as the guitarist of the rock band Barão Vermelho. Having written songs with a multitude of partners, such as Cazuza, Luís Melodia, Waly Salomão, Antônio Cícero, Arnaldo Antunes, Nando Reis, Chacal, and Gabriel O Pensador, he did his first job as a producer in 1989 for the punk rock group Inocentes. In 1994, he produced the tribute CD to Roberto Carlos, Rei, with the participation of Chico Science & Nação Zumbi, Barão Vermelho, Biquíni Cavadão, and Skank, among others. In 1995, he produced the CD of the mangue beat group Jorge Cabeleira e O Dia Em Que Seremos Inúteis. He also produced albums for other artists and for his own group, Barão Vermelho. In 2001, Frejat launched his first solo album, Amor Pra Recomeçar, on which he left behind his rock & roll past in favor of a more romantic approach. ~ Alvaro Neder