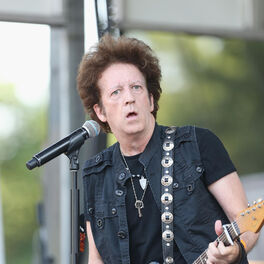 Beautiful Wreck Of The World (Remastered)

If I Was a River

House Of A Thousand Guitars

Live From The Streets Of New York

Jason Isbell and the 400 Unit

A blue collar songwriter and highly regarded, punk rock troubadour, Willie Nile became a fixture on New York's music scene in the late 1970s, counting Bruce Springsteen, Lucinda Williams and Lou Reed as huge fans. Born in Buffalo, New York, his love of music was sparked by his mother's big band records and his grandfather, who ran an orchestra and was a pianist for noted, vaudeville entertainers Bill 'Bojangles' Robinson and Eddie Cantor. But, like many of his generation, his world changed when he saw The Beatles give their iconic performance on 'The Ed Sullivan Show' in 1964.

After university he headed to the Big Apple and cut his teeth on both the Greenwich Village folk scene and as part of the new wave, punk crowd formulating at the CBGB's nightclub, kick-starting the careers of Television, Patti Smith and Blondie. Seen as an artist who was channelling Woody Guthrie through Joey Ramone, he released his self-titled debut album through Arista Records in 1980 and headed off as the support act for The Who on their huge American tour. But his career was stalled by legal problems after follow-up 'Golden Dawn'. He re-emerged in 1991 with 'Places I Have Never Been', featuring appearances from Richard Thompson, Loudon Wainwright III and Roger McGuinn, and he was acclaimed as a songwriter who captured the American spirit with the albums 'Beautiful Wreck of the World', 'Streets of New York' and 'House of a Thousand Guitars'.

Though never a household name, Nile went on to perform with Bruce Springsteen and The E Street Band at the Giants and Shea stadiums and in 2016 released his eleventh studio album 'World War Willie'.