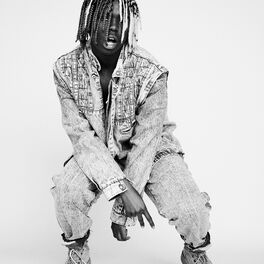 During the last year, Danish rapper K-phax has solidified a place for himself in the Danish hip-hop scene with a rock star attitude that sets him apart as a standout talent in his genre. Receiving great recognition and support from some of the largest media organizations in Denmark and abroad, including BEATS1, Highsnobiety, Paper Mag, and others, K-phax has attracted attention through his ever-evolving sound. Today, K-phax is often referenced as the artist who brought the most current style of hip-hop to Denmark, and was flagged by Soundvenue for being among the most promising Danish talents of 2018. With his current status as one of the most interesting names in urban music, the young rapper’s future is pointed towards new international heights.