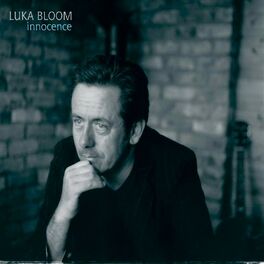 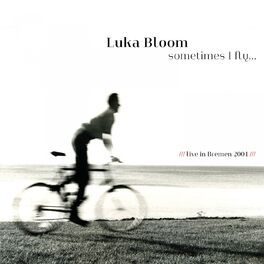 Luka Bloom is an Irish folk singer who followed in the footsteps of his older brother Christy Moore, later taking his stage name from Suzanne Vega's song about child abuse and the central character of 'Ulysses' by James Joyce. Based variously in the Netherlands and the United States, he claimed his own place in the world of folk music with international tours and several albums.

As Barry Moore, he toured with his older brother as a teenager, graduated to solo performances at folk venues across Ireland and in 1977 he toured with the Inchiquin trio. He made his recording debut with the album 'Treaty Stone' in 1979 followed the next year by 'In Groningen' and in 1982 by 'No Heroes', which featured his own songs. After a stint with a Dublin group called Red Square, he moved to America and changed his name. Songs about living in New York featured on his 1990 album 'Riverside' and he experimented with a rap interpretation on his 1991 release, 'The Acoustic Motorbike'. He also covered songs made famous by Elvis Presley, Abba and Bob Marley.

Concert dates across Europe dominated the mid-'90s until he took a sabbatical in Ireland which ended, after a barren five years, with the album 'Salty Heaven', which featured a batch of original songs. The album 'Keeper of the Flame' in 2000 had Bloom's interpretations of songs by artists such as Tim Hardin, The Cure, Bob Dylan and Radiohead. Curiosity about Romany music infused his 2005 album 'Innocence' and he collaborated with Irishman Simon O'Reilly on the 2007 release 'Tribe'. More original numbers featured on 'Eleven Songs' and he followed a 2008 DVD release titled 'The Man Is Alive' with a live album, 'Dreams in America', in 2010. 'This New Morning' in 2013 offered more new songs as did 'Head & Heart' in 2014. He published a book of stories, photos, poems and lyrics titled 'Homeplace' in 2013.