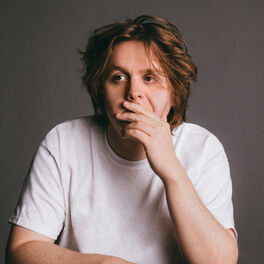 Before You Go (Live From The Capitol Rooftop)

Before You Go (Piano Version)

Someone You Loved (Live from Capitol Studios / 1 Mic 1 Take)

Hold Me While You Wait (Steve Void Remix)

Hold Me While You Wait

Someone You Loved (Future Humans Remix)

Someone You Loved (Madism Radio Mix)

Lewis Capaldi is a Scottish pop rock singer who began his career by uploading tracks to the Internet and performing at local venues in Glasgow. He toured Europe with Rag'n'Bone Man, America with Milky Chance and Europe again with Sam Smith. He has played across the UK and performed at festivals such as Bonnaroo in Tennessee, Firefly in Delaware, Lollapalooza in Illinois, Reading and Leeds in England and at Electric Fields in Dumfries and Galloway.

His 2017 track 'Bruises' reached number 47 on Billboard's Hot Rock Songs Chart and his 2019 single 'Someone You Loved' gave him his first number one on the UK Singles Chart followed by 'Hold Me While You Wait' which also made the top spot. His debut album, 'Divinely Uninspired to a Hellish Extent', was released in May 2019.