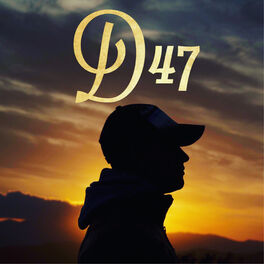 Take a Ride with Me

Your Love Was Mine

D47, is a German artist, singer,songwriter and music producer , who currently resides in Dusseldorf, Germany. Being of German and Spanish ancestry, D47 was born in Bochum, a German city that is located in the North Rhine-Westphalia state. The place would later become the cradle of the artist’s musical dreams, asit was there in which talent, hard work and perseverance collided to setoff a career which would later continue to gain success on its own. D47’s first steps in the world of music were taken at age 14, when he started making his own music. Previously, he approached the keyboards,an occurrence that became an open door to other musical experiences and lead the way to a journey of discovery and music. And ever since, he has not only incessantly made and produced music for himself, but also for other artists, a practice with which he has managed to demonstrate his versatility in the industry. However, music is not the only field in which D47 makes use of and clearly displays his talents, as he also often shows off his sport aptitudes by practicing kickboxing and his management capabilities at his own music label, Master-Records, which he founded and presides.