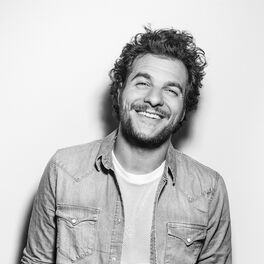 French-born pop singer Amir, who lived in Israel from the age of eight, first won attention when he competed in a television song contest there called 'A Star Is Born' and later appeared on the French TV version of 'The Voice' and represented the land of his birth in the Eurovision Song Contest.

Having moved with his parents, Sephardic Jews from Tunisia and Morocco to Tel Aviv, Amir served in the Israeli armed forces and graduated in dentistry from the Hebrew University in Jerusalem as he simultaneously pursued a career in music. A record and video Amir made of Patrick Bruel's sog 'J'te L'dis Quand Même' in Hebrew caught Bruel's attention and he invited Amir to sing it with him in concert in Tel Aviv in 2008 and then in Paris in 2013.

Amir released an album titled 'Vayehi' in 2011 with songs he'd written with Omri Dagan and tracks such as Mylène Farmer's 'Désenchantée'. After he appeared on the third season of the French version of 'The Voice', he toured with other contestants and released a video in which he sang Elton John's 'Candle in the Wind' and a single titled 'Oasis' in 2015. The following year, he was selected to represent France in the Eurovision Song Contest with the song 'J'ai Cherché', which he wrote with Nazim Khaled and Johan Errami. With French and English lyrics, the song finished in sixth place. In 2016, he released his second studio album, 'Au Cour De Moi' which reached number six in the French chart.