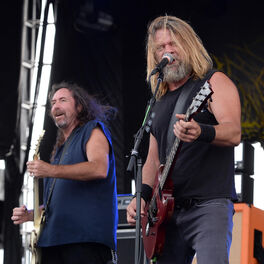 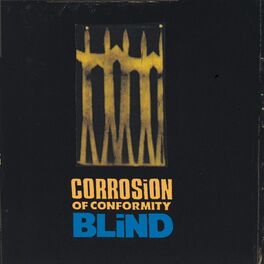 No Cross No Crown

Eye For An Eye

In the Arms of God

Bring Me The Horizon - amo

Formed in North Carolina in the 1980s by guitarist Woody Weatherman, Corrosion of Conformity started out with drummer Reed Mullin, bassist Mike Dean and singer Eric Eycke. Their style was hard-hitting heavy metal with a punk influence as heard on their debut release 'Eye for an Eye' in 1983. They evolved to a more bluesy hard rock sound as the line-up went through a series of changes with some members leaving only to return after a few years. Weatherman, Dean and Mullin made up the group in later years, with singer Pepper Keenan, who joined first in 1989 and after a long break rejoined the others in 2014.

Also known as C.O.C., they followed their debut album with 'Animosity' in 1985 and 'Blind' in 1991. Their 1994 release 'Deliverance' included the singles 'Albatross' and 'Clean My Wounds' which both went to number 19 on Billboard's Mainstream Rock Chart. 'Wiseblood' (1996) featured the single 'Drowning in a Daydream' which reached number 27 and earned a Grammy Award nomination for Best Metal Performance in 1997. A self-titled album came out in 2012 and peaked at number eleven on the Billboard Hard Rock Albums Chart and 'IX' reached number 21 in 2014. They toured the UK in 2015 and then America again and in January 2018 released a new album titled 'No Cross No Crown'. On 27th January 2020, founding member and drummer Reed Mullin died at the age of 53. His role as drummer was filled by former roadie John Green.