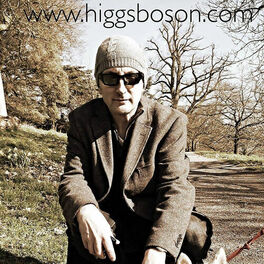 Higgs Boson is a British musician, composer and music-producer. Inspired by the edges of science and named after an imaginary sub-atomic particle associated with the beginning of time, Higgs exploded onto the European jazz scene with a critically-acclaimed debut CD album featuring a plethora of respected musicians from the UK jazz circuit. In 1991 Higgs was signed to Elysium Records and with the help and guidance of Gus Dudgeon (Elton John, David Bowie) he produced his first album entitled Leaving