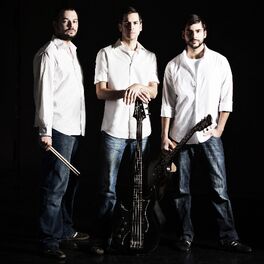 Heartfelt (Letters From Beyond The Borders Of Bliss)

This band of three - Runway Lights from Karlsruhe / Germany (founded in 2010) - is said to make "alternative" music. But what is that supposed to mean when any sense of reality gets blurred in between crude terms such as "fake news" and "alternative facts"? Is it their music which embraces at least as many Alternative elements as it celebrates Metal riffs, only to play with progressive melodies one moment later? The fact that they feel as much at home in cosy pubs as they did on the main stage of the nationwide acclaimed Karlsruhe Open-Air festival „Das Fest“? Is it alternative to make music just for music's sake and because of the special bond among the bandmates? To record demos - as in 2016 with their EP "heartfelt" - for the sole reason that you want to do so? Maybe this band is - despite their fidelity to their hometown - more "independent" than "alternative" after all. Maybe it is this independence which makes their songwriting and their sound so pleasantly recognisable and unique. But maybe the sincere setting of emotions into music doesn't necessarily require a label... And it is simply "heartfelt rock", made with honesty and spirit.