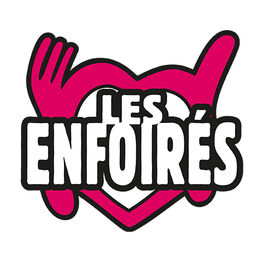 Made in France - Variété française

Les Enfoirés is the irreverent name given to the collective of performers who volunteer their services to raise money for the Restaurants du Cour (Restaurant of the Heart) charity based in France.

The charity is a highly respected organisation and was formed in 1986 to help address the needs of the poor and the homeless by distributing food parcels. It began life as a free soup kitchen in Paris and quickly spread to the provinces. The ensemble has released an album every year since 1989 and as news of the movement's work spread, their albums became more and more successful. Due to the support of the French public for the charity's worthy cause every album released since the year 2000 has topped the charts.