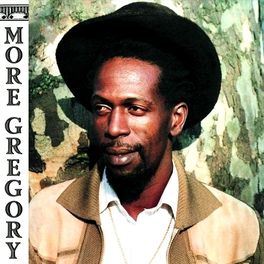 ~ Classics (Roots of Reggae) I SOLAR ~

One of the many great Caribbean vocalists of the 1970s and 1980s, Gregory Isaacs is credited as pioneering a soulful, romantic form of reggae pop known as Lover's Rock. Born in the Fletcher's Land ghetto of Kingston, he grew up performing Sam Cooke and Otis Redding songs in talent contests across Jamaica and developed a smooth, lilting delivery that would lead him to work with producer Prince Buster and form the group Concords. He scored the local hits My Only Lover and Love Is Overdue as a solo artist, before recording the classic Mr Cop at Lee Perry's Black Ark Studios and signing with Virgin Records in 1978. Isaacs gained great commercial success in the UK with the albums Lonely Lover (1980) and More Gregory (1981) but will always be remembered for his anthem Night Nurse, which was later covered by Simply Red and Sly and Robbie. Despite an addiction to crack cocaine which caused his teeth to fall out and resulted in a six month prison sentence for gun possession, Isaacs went on to release over 500 albums and performed at the opening of the ICC Cricket World Cup in 2007. He died aged 59, in 2010, from lung cancer.