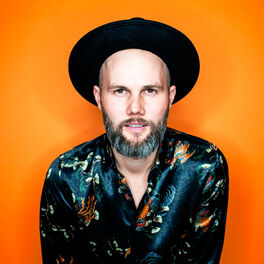 Don't You Honey Me

As a well-traveled songwriter, Timothy Jaromir has a wide-open view of the world. His many interactions with other people and places shine through continuously in his music and give it a multifaceted, international feel. Jaromir playfully combines folk, blues and indie pop and builds a bridge between the classical and the modern, creating something new by reinterpreting the old. Jaromir’s first work, Salton Sea, was released in 2010. Since then he has played at countless festivals at home and abroad, including the Montreux Jazz Festival. After a successful collaboration with Pablo Nouvelle, he toured with follow-up albums through Denmark, Poland, Germany, Canada and Switzerland and made it into the German Airplay Charts. With his wife Rykka, Jaromir has been successfully pursuing the Americana Folk Project Goldschatz since 2018. His fourth album, Hiraeth, will be released on Nov. 6. 2020.