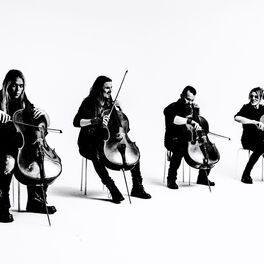 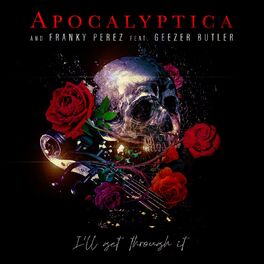 I'll Get Through It

It's Heavy Christmas by Sabaton

Their debut album 'Plays Metallica By Four Cellos' (1996) reached number seven in their native Finland and became a bizarre oddity for both metal and classical fans. Their follow-up 'Inquisition Symphony' (1998) took on Faith No More, Pantera and Sepultura before producing their own, original material on 'Cult' (2000) and recruiting Slayer drummer Dave Lombardo on 'Reflections' (2003). With guest appearances from Rammstein's Till Lindemann, Lacuna Coil's Cristina Scabbia and Slipknot's Corey Taylor and a cover of David Bowie's 'Heroes', sixth album 'Worlds Collide' (2007) made a breakthrough in America when single 'I Don't Care' was used in the hit TV series 'Smallville' in 2009.

Their seventh album '7th Symphony' was released in 2010 and featured guest vocalist Gavin Rossdale and Slayer drummer Dave Lombardo. They performed three Metallica songs at the band's 30th anniversary celebration concert in 2011 before taking a year out to work on a classical crossover project titled 'Wagner Reloaded' which featured works by Richard Wagner given the Apocalyptica treatment. After touring with Finnish group Avanti! Chamber Orchestra in 2014, they signed to Eleven Seven Music and released their eighth album 'Shadowmaker'.