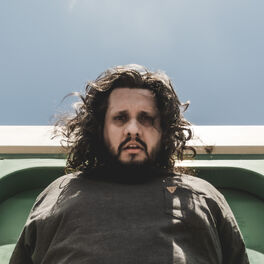 Berg Menezes has been an active singer and songwriter for over a decade. After releasing EP's with some musical projects and in his solo career, finally his first album, "Pedra", in 2016, was produced by Mocker Discos. Playing in the city's main cultural spaces, such as Centro Dragão do Mar, Sesc Iracema and Centro Cultural Banco do Nordeste, he participated in festivals such as the UFC Culture Festival, Ponto.Ce, Garage Sounds, Festa da Música (Recife/PE) and Nóia , in the latter it was the winner of the “Best Band” category. The artist was also invited to participate in two national tributes: “The world is not ready yet” commemorating 25 years of the Minas Gerais band Pato Fu, with the track “Um ponto eight”; and “Das Verdade Que Eu saber”, in honor of Guilherme Arantes' career, with the re-reading of the hit “My world and nothing else”. "What is your Revolution?", his second album, was produced by Caio Castelo na Orelha (Fortaleza/CE) in 2018 and released in the same year. The work was funded through a collective funding campaign on the website Benfeitoria Since the release of the album, the artist has circulated his work throughout the country and has also been on an artistic exchange in Ireland, where he recorded the images of the clip for the song "Saia da Ilha". In 2019, the title track of the second album also won a video with images of the concert that took place on Avenida Paulista. On that same tour, he recorded the album "Berg Menezes no Release Showlivre", a live record released in 2020.