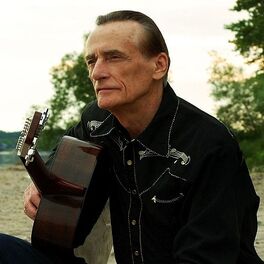 Dreams in the Wind

Those Were the Days

What Difference Will It Make

There Won't Be Any Arizona (Radio Mix)

The Silver Cross Medal of Honour

That's What Christmas Means to Me

Songwriter/Recording Artist/Author Born in Brantford Ontario, Neil’s roots are deep country proudly reflecting his early years growing up on the family farm close to where he still lives. He began singing as a young boy in the choir in the small rural church he attended with his family, co-penned his first poem – coincidentally titled “Tobacco Harvest”, with a cousin while still in primary school, and began writing songs and playing guitar while attending high school in the 1950’s during the golden era of rock and roll. His passion for writing poems, short stories and songs continued while attending university. During his graduation year, a first year student who he had been tutoring in Economics was taken with a poem he had written titled “The Last Night” and had asked him to promise that one day he would write a novel. Neil’s 2-book fiction love story, ‘The Summer Garden and the Song’, circa 1959 and set in the fictional village of Haddon Junction in Norfolk County, Ontario – the heartland of tobacco country in southwestern Ontario, fulfills the promise he made, albeit some fifty years later. Neil attributes a life changing event – coming to a fork in the road and being in the right place at the right time, that lead him into the recording studio and the subsequent release in August 2007 of his debut CD album ‘No Looking Back’. The album included two songs he had written in 1959 while still in high school. In the ‘Thank You’ notes in the album jacket cover, Neil says that his music has allowed him to become the true messenger of his spirit and soul in much the same way that one of those two songs, “There’s Just the One and Only You” was destined to become the love theme woven through the pages of his novel. His debut CD album was followed by the release in December 2010 of a Christmas song he had written in 1984 titled “That’s What Christmas Means to Me” as an mp3 single on iTunes. His second full-length album of original songs, ‘What Difference Will It Make’, was released in July 2012. Named on the cover of the July 1, 2007 CASHBOX Magazine as one of the “awesome indies gracing our Independent Charts every week”, two songs from Neil’s debut CD album reached #1 on the CASHBOX Country Chart. In 2008, Neil received the IAIA (International Academy of Independent Artists) Golden Kayak Award for Best Country Song 2007 – “The Cowboy Song”. In 2017, he received the IAIA Golden Kayak Award for Best Classic & Progressive Rock Song 2016 – “Fire On The Water.” He was a nominee in the 2008 Hamilton Music Awards for New Country Recording of the Year for his debut album ‘No Looking Back’, and in the 2012 Hamilton Music Awards for Alt/Country Recording of the Year for his album ‘What Difference Will It Make’. In addition to his 2-book novel, ‘The Summer Garden and the Song’, published in 2016, Neil recorded and released two studio albums – ‘Old Memories’, released in July 2016 and ‘Those Were The Days’, released in December 2016. That album is currently being reissued and is expected to be available in November 2017. In addition to two tracks of his own songs and music, the album features 14 licenced cover songs – some of Neil’s favourites from the mid 1950s to the early 1960s. A graduate in 1964 from Waterloo Lutheran University – Waterloo University College, now known as Wilfred Laurier University, Neil was also a 1960 Western Ontario Secondary School Honor Athlete while a student at Burford District High School. Prior to returning to his musical roots and embarking on his life-long dream of being a recording artist as well as writing his long-postponed novel, Neil had enjoyed a successful 35-year multi-faceted entrepreneurial business career in real estate development and construction in southern Ontario and Las Vegas, Nevada, and property investment and management including the restoration of historical buildings. Among the many other exploits and adventures that Neil pursued in his ‘spare time’ were: - Managed and set a store opening record in 1973 for the Ponderosa Steakhouse chain of restaurants in Sault Ste. Marie, in northern Ontario; - Founded, directed and managed Rhapsody On Ice – a world touring troupe of precision skaters and ice dancers that he took around the world from 1985 to 1992 under the motto for the troupe ‘ … hold on tight to your dream …’; - Formed and managed Southwind Editions – ‘The Fine Art of Living’, an art print and poster publishing company; - Acted in an administrative capacity as Special Consultant in the production of Piaf – Her Story … Her Songs, a 2003 film documentary about the life of the fabled wartime French songstress, Edith Piaf. That involvement took him to Lucas Studios’ Skywalker Ranch in California during the editing of the film. It is available on DVD at Amazon.com. More information and photos of Neil can be found on his web site www.neilwyoung.com