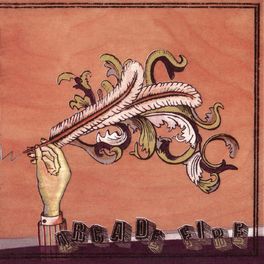 Baby Mine (From "Dumbo")

Put Your Money on Me (Steve Mackey Remix)

Put Your Money on Me (Single Version)

Formed and fronted by the French-Canadian singer-songwriter team of Win Butler and Regine Chassagne, the group has mixed and matched instrumentalists over the course of its existence with new members joining on certain tours. The band fused its unique sound together for the release of a self-financed debut EP, before US indie label Merge signed them up.

Their debut album 'Funeral' in 2004 was met with universal acclaim, although British fans had to wait another year before its release in the UK. The album was a blend of almost mystical lyricism and multi-instrumental sound, and spawned hit singles 'Rebellion (Lies)' and 'Wake Up'. The group spent the next few years working on their second album in a converted church in Quebec before releasing follow-up 'Neon Bible' in 2007, premiering at number two in the US Billboard top 200 and in the UK Top 40, again to critical acclaim. The album spawned the single 'Black Mirror' in 2007 and was followed up by third album 'The Suburbs' which was released in the second half of 2010 and won them the Album of the Year Grammy and two BRITs in 2011 - Best International Group and Best International Album.

Their fourth album 'Reflektor' was released in 2013 with backing vocals to the title track provided by David Bowie. The album won the 2014 Juno Awards for Album of the Year and Alternative Album of the Year and spawned the documentary film 'The Reflektor Tapes' which followed the band's writing and producing of the record. After an impromptu performance outside the Louvre in Paris, the band announced that they were working on a new album, with a release expected for spring 2017. A single 'I Give You Power' was released in January 2017 (to coincide with the inauguration of President Donald Trump) and they followed this with 'Everything Now', the lead single off their new album of the same name. The single reached number one on the Billboard Chart for Adult Alternative Songs, with subsequent singles off the album including 'Creature Comfort', 'Signs of Life' and 'Electric Blue'.