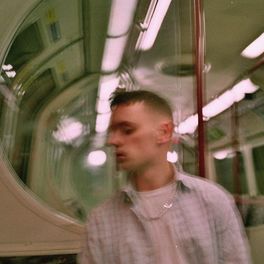 on his own. (Live at Eddie's Attic, Atlanta)

A Dream Is A Wish (Live)

Only Trying 2 Tell U

Puma Blue is the alias of singer/songwriter, producer & multi-instrumentalist Jacob Allen, based in South London, UK. (b. Feb 24, 1995) He produces the music himself in his bedroom, and has been acclaimed for his voice, lo-fi sound, raw guitar playing, as well as jazz and hip hop influences. His debut EP Swum Baby was released in June 2017. This followed popularity of a demo release of Only Trying To Tell You (Demo), a song he released in 2014 under his own name. Live he performs with a four piece band, blending downtown jazz sax lines with J Dilla influenced grooves and a heart-wrenching vocal akin to Jeff Buckley and Billie Holiday. This blend is combined with a punk-attitude brutality, looseness & grit. Also notable are his dubby textures, poetic lyrics (often with dark themes) and signature warped guitar tone. Growing from the south-east London music scene, Jacob has frequently collaborated with many of his friends and peers, and honed his sound between intimate live shows and sleepless, late night producing sessions. In addition to Puma Blue, Jacob also makes music under the monikers Boss Nass (formerly Twisted Loco Nightclub/Butch Slims) and Ruby Bliels, which are focused around hip-hop and ambient/avant-garde music respectively.